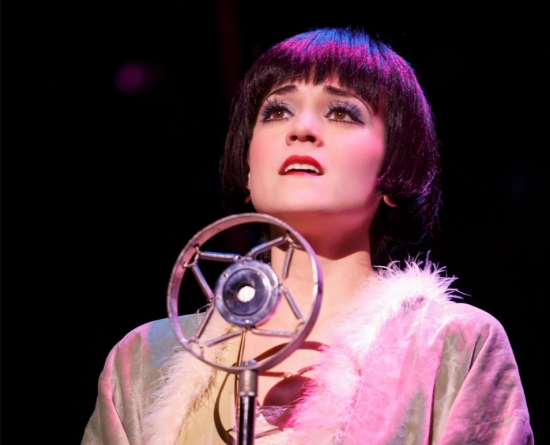 What could possibly be timely about a 50-year-old musical set in Berlin during Hitler’s rise to power?

Had I seen Cabaret a year ago, I would have enjoyed it, but seeing it during the 2016 election cycle as we argue over transgender bathroom rights, immigration and religious freedom made this musical even more powerful, and rather unsettling! (In retrospect, I shouldn’t be surprised. John Kander and Fred Ebb, the same songwriting duo responsible for Chicago, another musical set in a different time period that also has uncanny modern day parallels, wrote the songs in Cabaret.)

Set during the Weimar Republic

Cabaret is set in Berlin at the tail end of the Weimar Republic, a cultural microclimate running from the end of WWI in 1918 to Hitler’s rise to power in 1933. During this unique slice of time Germany experienced a frenzied renaissance in art, culture and science. Nine German scientists (five of whom were Jewish) earned Nobel Prizes, for instance, while German women began seeking careers outside the home, and the word “transvestite” was coined by a German doctor who advocated for LGBT rights.

The city of Berlin, in particular, became a cultural hot spot, with the liberal attitudes of the Weimar culture attracting scientists (including Albert Einstein), philosophers, creatives, intellectuals and homosexuals from all over the world.  (For more reading about this time period and how it ties into the musical Cabaret, there’s an excellent article here: When Life was a Cabaret.)

Dancing in their sleep…

Cabaret begins in 1931 and revolves around a tawdry Berlin hotspot called the Kit Kat Club. The storyline (which differs significantly from the 1972 movie adaptation starring Liza Minelli) follows the interactions between Clifford Bradshaw (Lee Aaron Rosen), an ambitious American who arrives in Berlin seeking inspiration to write a novel, but winds up too busy partying to notice sinister changes in the political climate and understand the danger they bring.

Along the way, Clifford teams up with a British nightclub singer named Sally Bowles (portrayed by Andrea Goss.) Sally thinks of herself as Clifford’s muse, but she is more like his anesthetic, a cute but shallow pixie distracting him from the real world.

In the first act it is easy to dismiss Clifford and Sally’s romance as an empty fling, but by the end of the show, the realization that there is something deeper sneaks up on the audience just as much as it seems to sneak up on them. Meanwhile, a mid-life romance between the stern German landlady (Shannon Cochran as Fräulein Schneider) and the kindly Jewish fruit vendor (Mark Nelson as Herr Schultz) provides characters I could actually invest in emotionally throughout the entire play.

There is much more to Cabaret’s storyline, however, than boy meets girl. Randy Harrison (star of Queer as Folk), who plays the Kit Kat Club’s Emcee, provides narration via song and dance numbers to illustrate the shift from sexual liberation to anti-semitism and the rise of fascism throughout the play.

Harrison’s improvised patter and interactions with the audience added enough spontaneity to make it feel like we were attending an actual cabaret. In addition, many of the singers and dancers actually play instruments in the Cabaret band. Seeing them perform on stage rather than having musicians hidden away in an orchestra pit added another layer to this cabaret feeling.

Left me near tears

Eventually, as the outside world begins to shatter their gin-soaked world, Clifford wakes up and realizes what is going on with the Nazi party. Sally, on the other hand, continues “dancing in her sleep,” choosing to believe her dead end nightclub job will eventually make her a star.

And while I never expected Cabaret to end with a pretty little happily ever after bow, the final scene was a real blow. No spoilers here, but let me just say that the staging and imagery were thought-provoking, timely, and left me near tears.

I highly recommend catching Roundabout Theatre Company’s production of Cabaret in Dallas at the AT&T Performing Arts Center in Dallas before it moves on! (Scroll down for ticket information.)