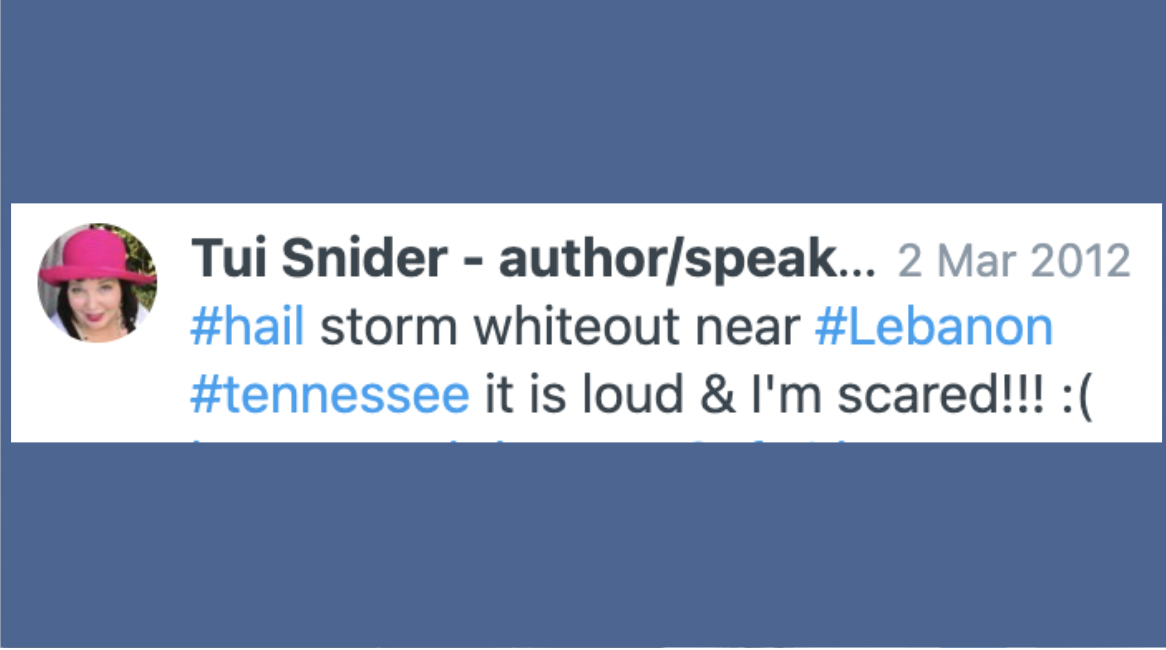 The other day my husband, Larry, said, “If Elon Musk doesn’t watch out, Twitter’s gonna become a cesspool of hate.”

Larry’s a smart guy who actively follows the news, but here’s the thing: he does not use Twitter and is utterly clueless about it. I say this not to pick on him, but to offer him as a good example of a broad demographic.

But here’s the thing: Twitter is like a global party. And with any big party, while you and your pals are on the back porch, earnestly discussing the meaning of life, it’s the idiots who start a fistfight in the front yard who get all the attention. Once the cops come and shut everything down, the entire party and everyone there gets a bad rap.

Twitter is deceptively simple and that is its charm. By using the search bar you can join conversations with people all over the world. No matter what you’re interested in, Twitter can connect you with others who share that passion.

Do you collect vintage thimbles? Breed Betta fish? Have an obscure ailment? Turn to Twitter. As an author who loves historic cemeteries, Twitter has allowed me to make friends with kindred spirits all over the world.

Twitter isn’t just one thing, nor is there only one way to use it. Twitter can be used so many different ways; it’s like the duct tape of social media.

For instance, Twitter is a great way to track breaking news in your area. Several years ago, my aquarium crashed to the floor in the middle of the night. On a hunch, I hopped onto Twitter and put the name of my town along with #earthquake into the search bar.

Sure enough, I wasn’t the only one in my little town who was shaken from bed at 3 a.m.! How else could I have connected so quickly with strangers in my community in the middle of the night?

For scientists and researchers, Twitter is a treasure trove of data. Tweets can be used to track food poisoning, wildfires, weather patterns, and more. [Excellent article about that here: What the world would lose with the demise of Twitter]

Twitter may have even saved my life – and I do mean that literally:

Several years ago, my husband and I were driving through Tennessee on a dark and stormy day. After tweeting a photo of nasty looking clouds, several of my Twitter followers realized Larry and I were headed straight for a tornado.

Moments before I lost cell coverage, I received frantic tweets warning us. It was too late to seek shelter, but we stopped on the highway and waited until the storm passed. It’s a good thing we did, because judging by the toppled billboards and highway signs we saw after the storm lifted, the tornado had passed directly in front of us.

In other words, if we had kept going, we would have driven straight into a tornado. I still shudder to think of what might have happened if I hadn’t tweeted that photo and caught people’s attention!

You get what you look for

Of course, for those who enjoy political screaming matches, Twitter can dish that out, too.

In my case, I use a thing called Tweetdeck that lets me focus in on the conversations, friends, and topics that I’m interested in. As @TuiSnider, I inhabit a cozy little corner of Twitter where I enjoy camaraderie with fellow writers, chat about historic cemeteries, folklore, high strangeness, science, and whatever tickles my fancy.

So much to lose

Here’s the bottom line: Blaming Twitter for “hate speech” is like blaming a mirror for your own reflection. What are you scared of? What do you despise? Like a faithful dog playing fetch, Twitter’s search bar brings back exactly what you seek.

What about you? Do you use Twitter? If so, what will you do if it disappears? What should be done about hate speech on Twitter – and elsewhere? Have you also noticed how the media amplifies the negative aspects of the Internet, while mostly ignoring the good aspects? Let me know what you think in the comments below.

PRIVATE SUNDAY NEWSLETTER: For updates on my books, historic cemetery news & other fun stuff, subscribe to my newsletter by visiting this link.

As a thank you gift, I’ll send you an ebook about the symbolic meaning of hands in historic cemeteries.