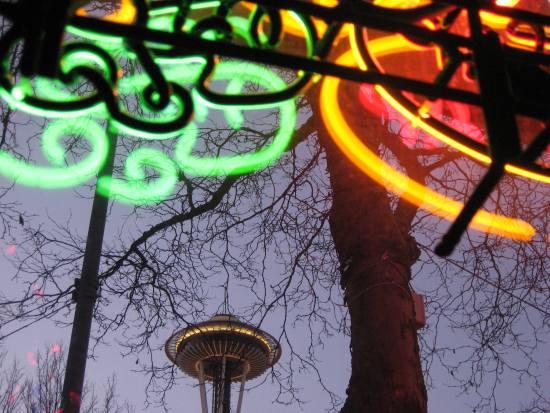 The band Men at Work recently lost a plagiarism suit involving the flute riff in their 80’s hit, ‘Land Down Under.’ Unfortunately, the flute part sounds like, ‘Kookaburra sits in the old gum tree,’ a ditty we used to sing at my Girl Scout camp. In fact, the song was written by an Aussie girl guide back in 1934. Although she died in 1988, Larrikin Music (who apparently made a recording of the song) successfully sued the group.

You can listen to clips of both songs and hear the similarities if you read this article – which also explains what the song lyrics mean. So now I finally know what ‘chunder’ means, not that I’ve been pondering ‘chunder’ for the last 2 decades. I do, however, wonder why it took so long for the suit to go through.

While I actually had noticed the similarity to the song’s flute bit and the Kookaburra song, I never felt it was a rip off. The lyrics and main melody of the song are original, and while the flute is a nice adornment, it is not the defining aspect of the song. Rather than being plagiaristic, the flutist’s riff on the Kookaburra song struck me as a cheery nod to Australia, which, after all, is what the ‘Land Down Under’ is all about.

The Australian courts felt differently, so there is going to be a big payout. Makes me curious how the lawyers argued this case. I wonder if they mentioned big hits that truly yanked their melodies from other sources, and got away with it. Elvis did this at least twice. His song “Love Me Tender,” was originally the folk song, “Aura Lee,”  and his dramatic “It’s Now or Never,” has the exact same melody as the famous Neapolitan folk song, “O Sole Mio.” Talk about melody-lifting. Rippety-doo-dah-day!

Back to mere riff-stealing, take a listen to Barry Manilow’s song, “Mandy.” If you ever took piano lessons, you’ll realize that Manilow’s intro is a Chopin prelude. And who can forget Vanilla Ice’s, “Ice, Ice Baby,” which completely swiped the bass line from Queen’s “Under Pressure”?

Then there’s the whole “cryptomnesia” aspect. Maybe the flutist wasn’t even thinking of ‘Kookaburra Sits in the Old Gum Tree,’ when he came up with that part. It could have been accidental. Remember when George Harrison got sued over his song, ‘My Sweet Lord,’ because it was so similar to ‘He’s So Fine’? Harrison used cryptomnesia as his defense, meaning that he was not consciously aware that he was stealing another song’s melody. Although I tend to believe Harrison (after all, he was a Beatle, it’s not like he needed the money), his defense flopped and he had to pay out over that one (after all, he was a Beatle – he was loaded!)

Oddly enough, I’ve even noticed that Men at Work seem to reprise their own riffs. The songs ‘Who Can it Be?’ and ‘Overkill’ have basically the same sax riff. The notes are played in ascending order in one song, and descending order in another. (If you don’t believe me, just listen to the first few seconds of each song, and hear for yourself.)  I don’t think they were trying to imitate themselves, but I have noticed that many artists (Sting and Bjork, for instance) have their own signature melodies which pop into their work over and over. It’s rather like the way in which people have pet phrases (i.e. ‘you know what I mean?’) that they fall back on in their speech and writing.

At least you can’t get sued for ripping your own self off. Unless, of course, you have a litigious clone. Now that would really make me want to chunder.