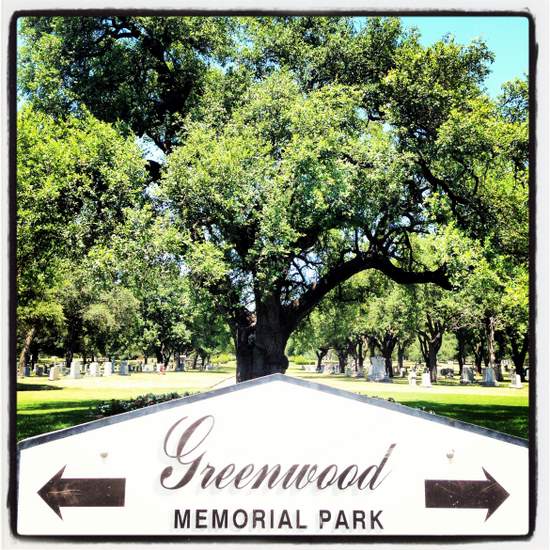 Famous Texas Tree: The Turner Oak in Fort Worth

Gold Buried Beneath a Fort Worth Tree

Seceding from the United States was not an easy decision for the State of Texas, and many Texans, including Charles Turner (1822-1873) a farmer, merchant and Texas Ranger, were against it. Even so, once the state voted to withdraw from the Union, Mr. Turner reluctantly went along with it – up to a point.

While Charles Turner showed his support of secession by funding a company of volunteer soldiers with his own money, he balked at the idea of exchanging his hard-earned fortune for Confederate notes, which is why he ended up burying an alleged $10,000 in gold beneath an oak tree on his farm!

Money may not grow on trees, but it doesn’t depreciate when buried beneath one! After the Civil War, when Confederate notes were worthless, Charles Turner returned to his farm and dug up this buried treasure. He then used it to help Fort Worth, a young city struggling to build its infrastructure and pay back northern creditors.

Though now considered one of the founders of Fort Worth, Texas, Charles Turner has long since “bought the farm” as we humans tend to do. The oak tree that kept watch over his buried treasure, however, lives on. The area that was once Mr. Turner’s farm is now a well-kept and rather upscale cemetery called Greenwood Memorial Park. (For more information about Charles Turner, check out this wonderful post I found called Crossroads: Her Story Is Our Story.)

There are two plaques at the base of this majestic Texas Live Oak, a.k.a. Quercus fusiformisif you want to get technical. One plaque describes the history of this famous tree which is now known as the Turner Oak. The other, placed by the Daughters of the Revolution, explains that since this beautiful oak was alive when the United States Constitution was signed it has also earned the title of Bicentennial Tree.

If you would like to visit the Turner Oak, and I highly recommend that you do, head over to Greenwood Memorial Park (3100 White Settlement Rd Fort Worth, TX 76107) in Fort Worth. This famous tree is located in a traffic circle shortly after the main entrance. As you can see in the top photo, it is situated directly behind the first Greenwood Memorial Park sign you come across as you drive into the graveyard.

Unlike many of the historic cemeteries I explore here in north Texas, this one is fully paved; in fact, it has a two lane asphalt roadway throughout!

I am currently writing a field guide to historic cemetery symbolism. Each Tuesday, I share a small snippet from my upcoming book. It’s my goal to create a handy-dandy pocket guide for taphophiles, genealogists, ghost hunters, and anyone else interested in the historic graveyard symbols that have become forgotten over the years.

Let me know in the comments if there is a certain symbol that you are curious about. Also, if you would like to know when the cemetery symbolism guide is available for purchase, scroll down and sign up for my newsletter! I look forward to hearing from you!

For updates on my offbeat travels, books, & other fun stuff (such as postcards from the road!) subscribe to my author newsletter using the form below. You can also mix & mingle with me by “liking” my Facebook Author Page: