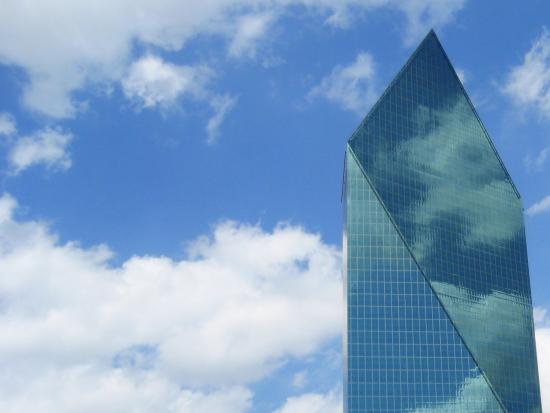 The following is a guest post which originally appeared last summer on Bleeding Espresso, a site maintained by the wonderfully inspiring American expat in Italy, Michelle Fabio. Since I’m currently traveling in Italy, I thought it would be fun to post it on my blog.

The Texan Connection
As a recent transplant to the Dallas – Fort Worth Metroplex (via Naples, Italy and the Pacific Northwest) I must agree with the state slogan of, “Texas, it’s like a whole other country.” It’s not only because the state is huge, or the fact that it has its own power grid. There is just something about Texas that sets it apart from other states. Every time I land in Dallas, for instance, I feel like I should get my passport stamped.

So how does all this fit in with the Gita Italiana? Well, I’ve discovered that the bel paese and the Lone Star State have a surprising amount of things in common. Don’t believe me? Read on!

Iconic Shapes
If you pulled a tortilla chip out of a bag and it were shaped like either Texas or Italy, you might notice. You might even get a few bids if you placed that chip on eBay. At the very least, your friends would probably nod in agreement as you dipped it in salsa and took a bite. Try the same with a chip resembling Colorado or Belgium, however, and people will think you’re nuts. Those shapes are not nearly as striking or recognizable.

Texas and Italy, on the other hand, are like the geographical equivalents of Beyonce or Christine Hendricks; they are not afraid to flaunt their shape. While living in Naples, I even had people use my lower leg as a makeshift map from time to time. I confess that I am so bad at geography that this was the only way to get their point across, but hey, it worked. And while I still think there is a market for tights imprinted with a map of Italy, there is definitely a market for anything Texas-shaped. You name it, if there’s a way to produce a Texas-shaped version of a product, someone will do it, and Texans will buy it. I’ve seen Texas-shaped belt buckles, tattoos, muffins, swimming pools, crewcuts – there’s even a Flickr pool of Texas-shaped things.

Love of Wine
We all know that Italy produces some of the finest wines in the world, however Texas makes its share of vino, too. The state has over 200 family-owned vineyards, and a whole bunch of wineries. The city of Grapevine is named after the indigenous mustang grape (Vitis Mustangensis) and hosts the largest wine festival in the southwest. Meanwhile, DFW International Airport has an on-site winery, which offers the aptly named “Aero Port.”

I honestly can’t say yet how Texan wines compare to Italian ones (ask me again after Texas Wine Month this October) but I can tell you that the European wine industry will be forever grateful to a Texan named Thomas Munson. Munson developed a vine hearty enough to resist phylloxera, an aphid-like critter which wreaked havoc on grape harvests in the 19th century, so propose a toast to him the next time you open a tasty bottle of Italian red.

Unique Dialects
While living in Naples, I enjoyed learning phrases in Neapolitan dialect, as well as songs in dialect such as “O Sole Mio,” and “Funiculi, Funicula.” I was surprised, however, to learn that Texas has its own dialect. I am not just talking about the contagious Texan twang. Texas actually  has its own unique version of German, thanks to generations of immigrants. The German word for “skunk” is stinktier, for example, while the Tex-German variation is stinkkatze.

Wacky Men in Charge
It would take a lot to rival the buffoonery of Italy’s prime minister, Silvio Berlusconi, but from what I’ve seen here in Texas, Governor Rick Perry has his moments. Not only has Perry been dubbed “Governor Good Hair” due to his immaculate coiffure, but he’s been known to impulsively smooth the unruly locks of strangers in the audience during public appearances. Also, back in April of this year, Perry shot and killed a coyote … while out jogging! He claims the coyote was menacing his pooch, but I have my doubts. I’ve lived near coyotes before, and they are very skittish. In any case, who packs heat on their morning jog?

Freakishly Large Insects
If you’ve ever spent time in the Italian countryside, chances are you’ve seen those huge, black bumblees known as Calabrone. While your average bee buzzes like a Vespa (pun intended!) a Calabrone rumbles like a Harley Davidson, and just like a “hog”, you can hear them coming a mile away. Fortunately, Calabrone rarely sting humans.

Turns out that Texas has its share of big bees, too. Lately I’ve spied Cicada Killer Wasps in our yard. As the name suggests, this creature kills cicadas (which, I might add, is another hefty-sized bug.) Cicada Killers are an impressive 2″ long and thankfully, like the Calabrone, they have better things to do than sting you. I still tend to shriek and run the other way, though, whenever I see one.

Regional Pride
More than anything else, both Texas and Italy share a deeply rooted sense of pride, and locals are eager to share their traditions with you.  Nor is Texas afraid to take on what it finds cool about Italy and put a Lone Star spin on it. There are plenty of Texan towns named after Italian cities: Italy, Florence and Naples, to name a few. Dallas has a mozzarella company, as well as one of the few Vera Pizza Napoletana (VPN) certified restaurants in the USA, while the Kimbell Museum in Fort Worth is home to the only Michelangelo painting in the Americas. I still get a kick out the Maccaroni Grill, an Italian restaurant where the ladies room is labelled, “Uomini.” (Pretty confusing, since that means “men” in Italian.)

The Texan love of Italy runs deep, but doesn’t veer into wannabe behavior.  One incident in particular summed this up for me, it was when the waiter at an Italian place in Dallas exclaimed, “Mangia, y’all!” after setting our entree on the table. At that moment I realized that no matter how passionate this guy was about Italian cuisine, he was still Texan through and through.

So there you have it, a brief sojourn off the boot and over to the land of cowboy boots, where there is more in common than you might expect!

p.s. I want to thank Michelle for inviting me on her Gita Italiana. She was the first expat I connected with online while living in Italy. From Bleeding Espresso, I quickly found Cherrye Moore, another expat who just so happens to hail from the great state of Texas. Although we’ve never met in person, those two are a continuing source of inspiration to me. :)