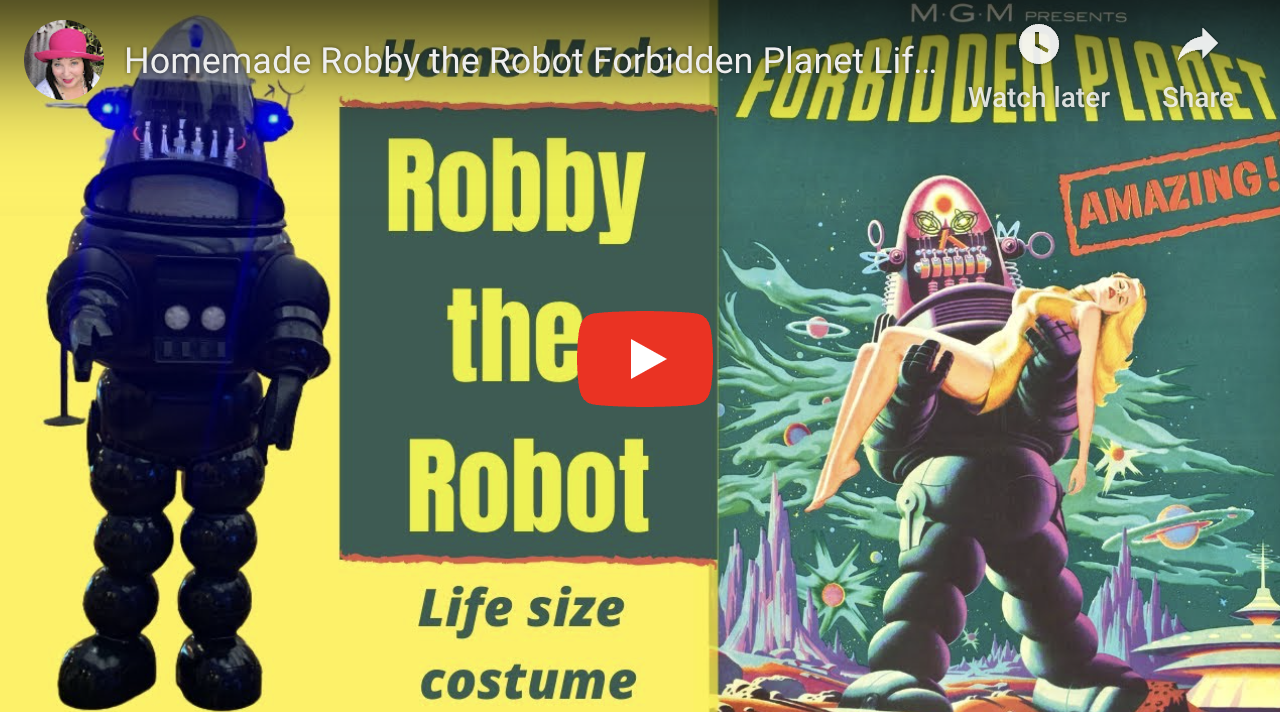 [ For my FREE book about cemetery symbols, click here.]

Last year, my mad scientist husband, Larry, built his own life-size Robby the Robot costume from scratch! There were no plans available for making one, so he painstakingly designed it all himself.

He even learned CAD and 3D printing in order to make his own Robby the Robot! This is one reason why his replica weighs 45 pounds as opposed to the original, which weighs about 125 pounds.

Since Halloween’s coming up, I made a video showcasing Larry making, building, and wearing his incredible replica costume of Robby the Robot, the iconic sci fi character first seen in the 1956 movie, “Forbidden Planet.”

Robby the Robot was featured in a bunch of films and TV shows, so even if you don’t think you know who he is, you’ve probably seen him somewhere. He’s been featured in shows including: Colombo, Addams Family, Love Boat, Big Bang Theory, and many more.

Larry and I hope you enjoy this video and wish all of you Happy Halloween! :)

READ MY BOOKS: To see a list of all my published books, check out Tui  Snider’s Amazon page.