[The following is an adapted excerpt from my book, Understanding Cemetery Symbols. I hope you enjoy it! Also, full disclosure: that’s an Amazon affiliate link. If you buy stuff after clicking it, I make a few pennies at no additional cost to you.]

Today I’ll show you how to quickly identify 3 different types of official American military markers for soldier’s gravesites. To see more examples and learn some surprising history, check out the video I made, too:

Here’s a video for Identifying US Veterans Graves:

The first official US military headstone is commonly called the Civil War Type because it came into use in 1873, shortly after the Civil War. It was subsequently used to mark the graves of soldiers who fought in other wars, too, including the Mexican War, Spanish American War, War of 1812, and even the American Revolution.

Shortly after World War I, a new style of US military marker was developed. It’s called the General Type because the committee which created it contained two generals: Gen. Pershing and Gen. Rogers.

For more details about all 3 of these official military markers as well as some rather surprising history, make sure you watch my YouTube video: How to Identify US Veterans’ Graves.

Side by Side Comparison of the 3 Official Markers

Here’s a side-by-side comparison of the different types of US military grave markers. As you can see, there’s a shield on the Civil War type, the Confederate type comes to a point, and the General Type lacks the shield, is rounded, and has space for a religious emblem of belief.

Since many modern cemeteries do not allow standing monuments, the US War Department has also created flat markers, such as the marble one you see below:

Bronze markers are also available in this style, as well. Here’s an example of that:

Official markers are not mandatory

While the US Veterans Administration will provide official markers for military personnel free of charge, soldiers are not required to use them. To see some unique examples of military gravesites that I’ve seen during my travels, check out my video: How to Identify Veterans’ Graves.

READ MY BOOK: If you enjoy historic cemeteries and want to learn more, check out my books: Understanding Cemetery Symbols and Grave Goods. They’re available on Amazon in paperback and ebook form. 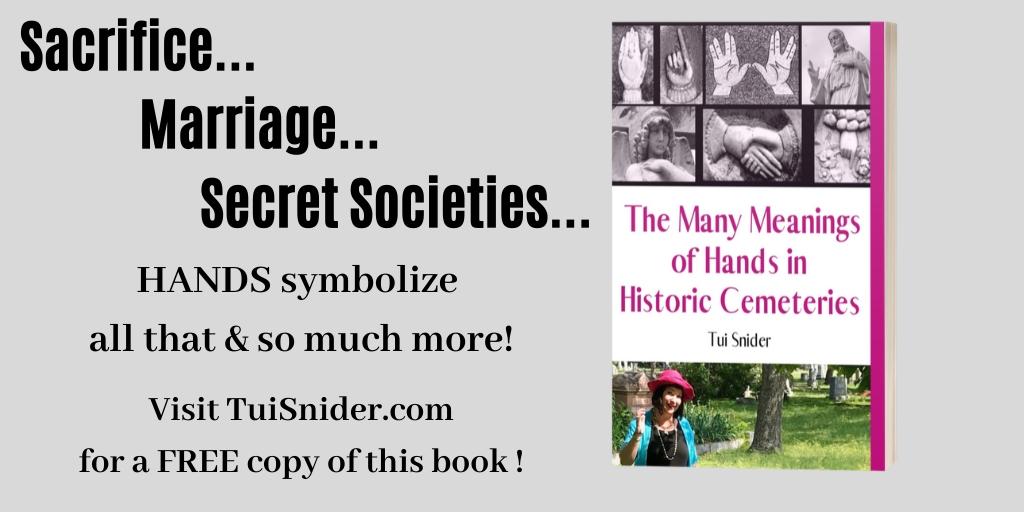