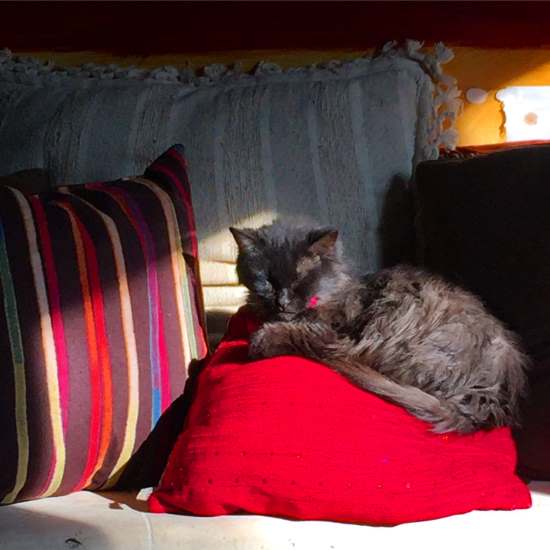 4 Quick Tips to Make Jealousy Work for You

Jealousy: Out of the blue, you suddenly turn green!

Like most unpleasantries, jealousy often strikes without warning. There you are, happily scrolling through Facebook when you see a photo of your friend holding a trophy and…

There it is: jealousy’s sting.

While I don’t particularly like jealousy, I no longer let it drag me into a vortex of self-loathing and despair. In fact, I now consider jealousy a helpful tool. Here are 4 tips that help me cope when the green-eyed monster comes calling:

My experience with jealousy

I’ll start with a quick example of how I’ve used jealousy as a tool in my own life. A while ago, a writing friend of mine started getting speaking engagements at libraries and conferences. When she called to share this great news with me, I congratulated her… but after we hung up, jealousy reared its ugly head.

Now, the old me would have used this jealousy as an excuse to beat myself up, reinforce my insecurities, and eat copious amounts of dark chocolate. Unused jealousy makes great fodder for self doubt. If your inner critic sees some unused jealousy laying around, she will pick it up and swing it like a club!

Tip #1 Do not run from jealousy

It may be tempting to shove your envy under the carpet and pretend it’s not there, but it’s only a temporary solution. This is because jealousy has a message for you and it will not stop bugging you until it thinks you’ve heard it.

Jealousy appears for a constructive reason. It’s main job is to keep you focused on the goals that truly matter to you. In fact, despite how it feels, your jealousy has nothing to do with the person who triggers it.

Jealousy is about *you,* not *them.* When jealousy shows up, it’s saying that while you may be headed in the right direction overall, you are a bit off-course in some areas.

It’s the same with jealousy. It makes you feel uncomfortable not simply for the sake of feeling uncomfortable, but to point something important out to you.

Tip #2 Find out what jealousy wants from *you*

Think of jealousy as a message from your muse. So rather than freak out when jealousy shows up, invite it for a cup of coffee, and ask a few questions. My preferred method for this is to write about in my journal, but your mileage may vary. Perhaps taking a walk, meditating, or talking it over with a friend will help you figure out jealousy’s message for you.

It’s not always obvious what jealousy is trying to tell you, especially at first, but it gets easier. Here are a few hypothetical scenarios that might help you along:

If you’re jealous of someone else because they…

…won an award: jealousy may be telling you that being recognized for your work is important to you, so start looking around for a contest of your own to try out for.

…have books selling like hotcakes in a genre that you read, but don’t write in. Jealousy may be saying that it’s time to start writing in that genre!

…are just generally more successful than you. Jealousy’s telling you to get really clear about how you, personally, define success. After all, you can never have someone else’s success, but you can create success (however you define it) for yourself!

…are way more prolific than you, cranking out 12 books to every 1 book that you write. (Hang on, I’ll deal with this one in tip #4!)

Tip #3 Take action that focuses on *you*

As I mentioned earlier, jealousy isn’t about *them* it’s about *you.* In my case, the jealousy I felt over the friend’s speaking engagements was my writing gut’s way of saying that I needed to start speaking in public.

I honestly didn’t know public speaking was a desire of mine until jealousy goosed me! Once I got the message, I created an action plan for learning how to become a public speaker. (And in a delightful moment of synchronicity, before I could even implement my plan, a librarian contacted me out of the blue and invited me to give a presentation! Isn’t that fun?)

Tip #4 Use jealousy to strengthen friendships

One of the main reasons I wrote this blog post is because over and over and over I see people use their jealousy as a reason to push other people away – and I find this so sad!

Again and again, I see people let jealousy turn them into bitter, crabby people. I personally know folks who have let jealousy isolate them from others in their field: musicians who despise other musicians, storytellers who resent other storytellers, psychics who despise other psychics, bakers who hate bakers, photographers who hate photographers, ghost hunters who claim every other ghost hunter fakes their data, and the list goes on!

So I’d like to suggest that rather than alienate someone who’s creativity and success seems out of your league, jealousy is telling you to befriend them. While your knee-jerk reaction may be to criticize this person, to somehow “bring them down a notch” by pointing out their flaws, you are, once again, missing jealousy’s point.

As I mentioned earlier, let’s say you’re friends with a person who writes 12 times faster than you and this makes you jealous. Instead of letting your jealousy take over, how about complimenting that person on how much they have accomplished so quickly? Hey, they’ve got insecurities, too, and could probably use a kind word!

Next, ask that person for tips on how they are so prolific. Do they have a special way of organizing their research, for example? See if there’s a way to learn from them rather than becoming mortal enemies!

Speaking of friendships, I want to give a shout out to my pal, Mark Elliott Fults. I met Mark at a paranormal conference in Gainesville, Texas last summer and we hit it off right away. (If you’ve ever tuned into the weekly podcast I co-host, Mark’s name may sound familiar because Teal Gray and I have had him on as a guest a few times.)

Not only is Mark Elliott Fults a ton of fun, but he’s a talented writer, artist, historian and psychic. Like me, he loves researching and writing about regional haunted lore. His book, Chattanooga Chills, is chock full of spooky history and ghost stories based in the Tennessee.

As if that weren’t enough, Mark is also a talented costume designer. The elegant steampunk fascinator you see in the photo above is one of his creations! Isn’t it gorgeous? So far, I’ve only worn it around the house, but I plan to wear it to speaking engagements and book signings throughout the year.

I’m posting the photo here, because Mark’s lovely gift arrived in the mail on the same day as another friend called to vent about how a co-worker’s jealousy was wreaking havoc in her life. My friend’s situation and Mark’s kindness struck me as two sides of the same coin!

What are you thoughts on jealousy? How do you deal with it when it appears? Do you have any insights or tips to share?

What is IWSG, anyway?

IWSG stands for “Insecure Writers Support Group.” It’s a monthly check-in for writers of all stripes. Its creator, Alex J. Cavanaugh, describes ISWG like this:
“Purpose of IWSG: To share and encourage. Writers can express doubts and concerns without fear of appearing foolish or weak. Those who have been through the fire can offer assistance and guidance. It’s a safe haven for insecure writers of all kinds!” – Alex J. Cavanaugh