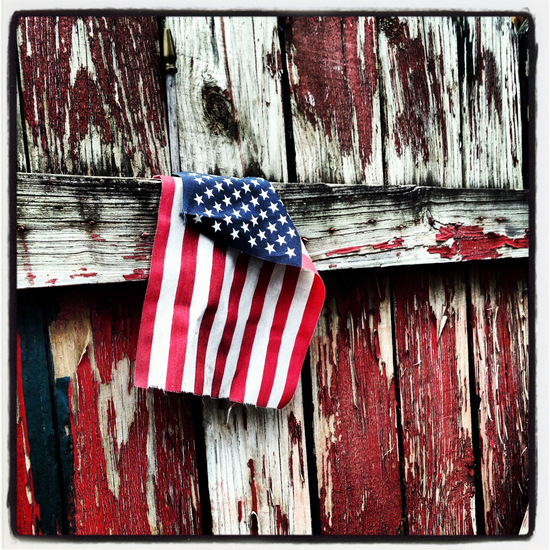 Flag Day: 6 Surprising Facts about the US Flag

In Texas, Every Day is Flag Day

Even though Flag Day is officially celebrated on June 14th, it often feels like every day is Flag Day here in the state of Texas! The Dallas – Fort Worth region is quite breezy, so it’s easy to express your pride for state and country with proudly waving flags all year long. That said, with Flag Day around the corner, I thought I’d share a few offbeat and overlooked facts about the stars and stripes:

6 Quirky Facts about the American Flag

1. Flag Day is not an official federal holiday. Even so, Pennsylvania and New York have made it an official state holiday. And while the rest of us observe Flag Day on June 14th, New York has officially designated the second Sunday in June for this celebration. (More here: Flag Day)

2. MYTH: Texas is the only state in the USA allowed to fly its flag at the same height as the US flag.  I’ve lost count of how many proud Texans have relayed this alleged fact to me. I’ve learned a lot about this state by chatting with locals, and I’m constantly impressed by how much Texan citizens know about their state’s history. So I was surprised and disappointed when my research revealed this tidbit to be an urban legend. (More here: Flag Day urban legend.)

3. The term “Old Glory” originally referred to one specific flag. Even though we use “Old Glory” as a nickname for the US Flag, it didn’t start out that way. A US sea captain named William Driver gave the name to a flag he received as a birthday gift. Old Glory not only accompanied Captain Driver on voyages all over the world, but he often displayed it in his front yard on patriotic holidays. During the Civil War, Driver hid the flag inside a quilt to protect it from the Confederacy. Old Glory became a family heirloom, and is now cared for by the Smithsonian Museum. Also, Captain Driver’s grave, which he designed himself, includes an anchor and is one of several graves designated by the US Congress to allow a US flag to be flown 24 hours a day. (More here:  How the Flag Came to be Called Old Glory.)

4. There are 6 American flags on the moon. Astronauts planted US flags on the moon during half a dozen Apollo missions. Since there’s no wind on the moon, these flags are specially designed to stand out straight. While these lunar flags remain intact, they have all faded and are now completely white! (More here: US Flags on the moon) & here: Lunar Flag Assembly details.

5. US Flag Folding *can* include Symbolic Meanings: At my Girl Scout camp, our morning and evening ritual included a flag folding and unfolding ceremony for the American flag. I recently learned that some people ascribe symbolic meanings to each of these 12 or 13 folds! (More here: Symbolic meaning of US Flag Folding.)

6. The Flag Desecration Amendment Filed in 2006. I’m not advocating desecrating the American flag, but I am so happy that this particular amendment did not get voted in. It would have made it illegal to use the image of the US flag on T-shirts, napkins, posters, logos, bumper stickers, and so on. As a citizen of the United States, I enjoy seeing images of our country’s flag splashed around during patriotic holidays. To me, it’s part of the celebration! (More here: Fun Facts about the US Flag.)

That Flag Desecration Amendment was a really close call, too. It was only one Senate vote away from becoming a giant party pooper. Just think, if it had passed, the shirt Robin Williams is wearing for his tribute to the American flag would have been illegal!

Robin Williams as the American Flag