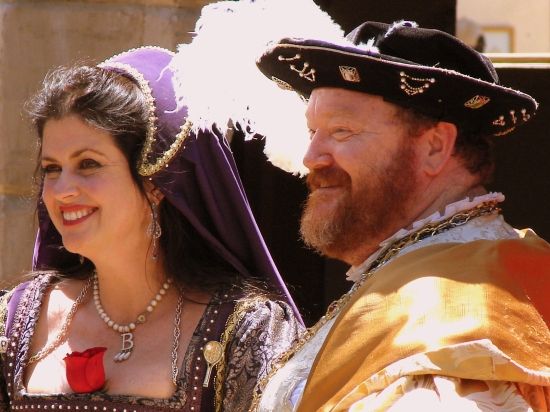 Are you going to Scarborough Renaissance Festival in Waxahachie, Texas?

Are you going to Scarborough Fair? Since we were married there last year, my husband and I returned with his family this past weekend to celebrate our first wedding anniversary.

The Scarborough Renaissance Festival takes place on 35 acres of beautifully wooded land about a half hour’s journey south of the Dallas – Fort Worth Metroplex on the outskirts of the town of Waxahachie.

This lively Texas Renaissance festival has been a regional favorite since it first opened in 1981. Each weekend from early April through the end of May, the grounds come to life with a cast of costumed characters who have fun reenacting life in medieval times – the year 1533, to be precise.

With over 200 “shoppes” and constant entertainment taking place on several stages, a weekend pass is advisable. You simply cannot see it all in one day. As usual, I went bonkers taking photos like crazy. This year, I forgot my point and shoot camera, and my iPhone ran out of magical fairy juice after a mere four hours. I still managed an Instagr.am spree of epic proportions. Although the photos in this post are from my first visit to the fair two years ago, I just may do another post to share all the iPhone photos I took this year.

Anne Boleyn and Henry VIII hold court, lead medieval dances, parades, and occasionally mingle with common folk like you and me. Special events occur each weekend, such as caber tossing, falconry, jugglers, jousts and live music. While all the entertainers perform for free, many do pass a tip bucket at the end of their shows.

One of my favorites is the falconry demonstration, led by members of a non-profit wild bird rescue and rehabilitation center called Last Chance Forever. It’s a wonderful chance to see hawks, owls, eagles and even a vulture up close.

There is plenty to learn from craftspeople who demonstrate the old ways at the Scarborough Renaissance Festival. As you wander through the village you will observe costumed artisans engaged in blacksmithing, glassblowing, candlemaking, and more.

Photographs are encouraged, so shutterbugs need not be shy. Enter your best snaps in the Tournament of Images and you may even see yours in print. (See the official website for full contest rules and prize information.)

20 tons of turkey legs are consumed during the Scarborough Renaissance Festival
There are plenty of food choices for those with a hale and hearty appetite. Most items are more whimsical than historically accurate, such as, “steak on a stake,” “fryed” macaroni, and the ever-popular turkey drumstick. Wash it all down with your choice of soft drinks or spirits, including a selection of ales, margaritas, or a potent honey mead.

It’s certainly acceptable to wear shorts and a T-shirt; however, most attendees take the opportunity to dress up. No need to despair if your closet is lacking, there’s a costume rental booth right by the entrance where you can find period garb at a reasonable price. Wooden wagons are also available in case your medieval crew includes a toddler or two.

What do you think? Have you ever been to a historical reenactment? Sure, going to a Ren Fair is silly, geeky fun, but – to me – it’s like visiting a dynamic, hands on museum. I learn something new every time I go, while running around dressed as a fairy, speaking in my fake French accent. (For some reason, a British accent just doesn’t seem to work for me when I’m in fairy garb.)