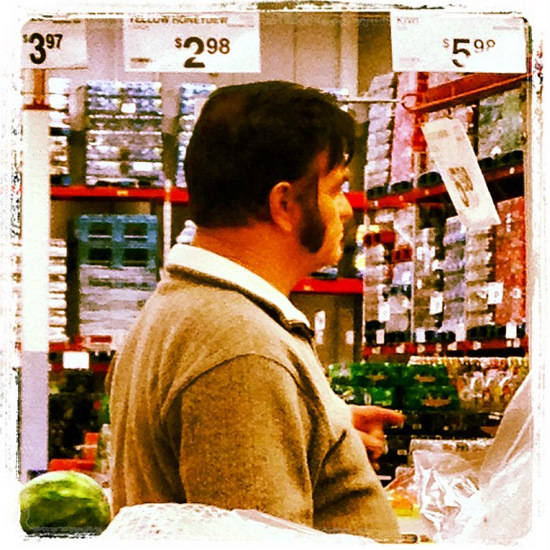 A to Z Texas: G is for German Dialect

German Culture is Part of Texas

For some reason, when people speak of immigrants to the USA, New York’s Ellis Island gets all the press. We tend to overlook the fact that the port of Galveston in Texas brought many newcomers to our country, as well.

Starting in the 1830’s, for instance, tens of thousands of Germans came to Texas. Although their cultural influence extends across the state, most of them settled in the Hill Country (near Austin), creating towns such as Fredricksburg, Boerne (pronounced, “bernie”) and New Braunfels.

While the German flag never flew over Texas, its language and food have woven themselves deeply into the cultural fabric. Not only can you find German bakeries, delis and restaurants throughout the state, but Texas even has its own German dialect.

Texas has its own German dialect

While German natives can understand the version spoken in Texas, it comes with some unique features. Tex-German is more similar to 19th century German than what’s spoken today. It’s like a linguistic time capsule, studded with old-fashioned sentence structure and words that settlers made up along the way such as, der Cowboy, der Hamburger, and even, die Office.

Not all of their linguistic additions are English words with, der, and, die, stuck in front of them. The Texas German word for skunk, for instance, is stinkkatze, which literally means, “stinky cat.” Meanwhile, in Germany, the word skunktier is used. Also, while the Tex-German word for a piano is piano, in Germany, they call it a klavier.

Nor is there one concrete version of this Texas German dialect; it varies widely from place to place, even family to family, in part because settlers came from different regions of Germany, and also as a result of the geographical distance betwee all these German-speaking Texas towns.

German is still spoken in Texas

Although the Texas German dialect is dying out, it’s still possible to bump into those who speak it. It happened to me one day at Sam’s Club. For those who don’t know, Sam’s Club is one of those big warehouse shopping markets where you save money buying in bulk. When you leave, they always make you show your receipt at the door, so they can make sure you aren’t sneaking off with more than you what you actually bought.

Usually when we check out, a lady at the door quickly scans our purchases, marks the receipt with a yellow highlighter and says, “Thank you for shopping at Sam’s Club. Have a blessed day.” This being Texas, the word, “blessed,” is stretched into two distinct syllables, and the phrase tends to echo in my head as we walk off, since I’m from the north where the word, “blessed,” is a one syllable affair.

One day, however, as the door watcher handed our receipt back to my husband and me, she said, “Thank you for shopping at Sam’s Club. Danke schoen!”

Feeling cheeky, I replied with the full extent of my German, “Bitte schoen.” I was taken off guard, however, when the woman rattled off a long reply to me in German.

Flustered, and not wanting to reveal my ignorance, I merely nodded my head and blurted, “Have a blessed day!” (And yes, I pronounced, “blessed,” with two syllables.)

Texan German has endured longer than most dialects

In the United States, most immigrant dialects disappear after two generations, so it’s impressive that the Texas German dialect has endured in some families for up to five generations. In the 1940’s, as many as 159,000 Texas residents spoke German as their first language.

Flogged for Speaking German in Texas

Even so, as I mentioned before, Texas German is dying out. Experts predict it will be completely gone by 2050. Its decline began when anti-German sentiments flared up during World War I and World War II.

Laws were passed mandating that English be spoken in churches and schools. At the height of this xenophobia, simply speaking German was against the law in many Texan towns. In 1918,  a Lutheran pastor in Corpus Christi was flogged for delivering his sermons in German. During WWII some Germans were even sent to internment camps. (Please bear in mind that anti-German sentiment occurred all across the USA during this time, not just in Texas.)

Texas German is Dying Out

Not surprisingly, people began to fear speaking Texas German in public and quit passing it down to their children as frequently as they had in the past. Now, in 2013, of the roughly 8,000 remaining native speakers of Texas German, the youngest ones are in their 60’s, so it’s only a matter of time before the language dies out completely.

Thankfully, a German-born linguist named Hans Boas created the Texas German Dialect Archive project. Boas and his team members are busy recording, transcribing and translating the various types of German spoken throughout Texas while they still can. (You can hear samples of Texas German on the project’s website.)

This was my post for the letter G of the A to Z blogging challenge. Tune in tomorrow to see what quirky Texan thing the letter H will bring!