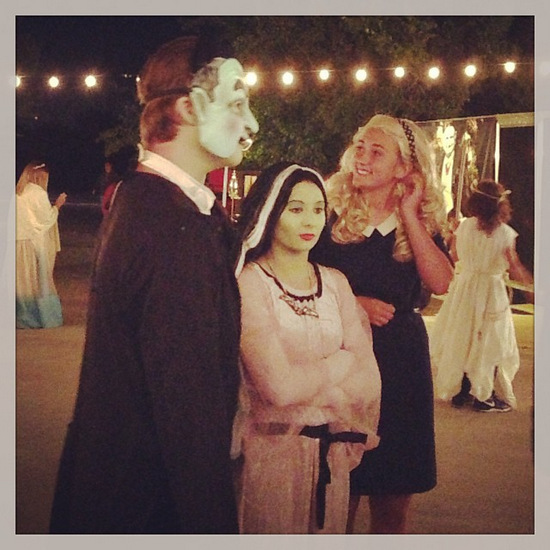 How to Visit the Munster Mansion Replica in Waxahachie, Texas

The following is an adapted excerpt from Unexpected Texas

– my best-selling travel guide to quirky, offbeat and overlooked places near Dallas and Fort Worth. Check it out if you enjoy learning quirky facts, or are looking for offbeat road trip ideas in north Texas.

While there is no official address for, “1313 Mockingbird Lane,” in north Texas, there is an excellent replica of the Munster family home over in the town of Waxahachie where, in 2001, Sandra and Charles McKee built a replica of the house depicted in the classic TV sitcom.

Since it’s a fictional house, the pair watched and re-watched all 70 episodes of the show in order to create their building plans. They really did an amazing job.

I can’t show you any photos from the interior, since they don’t allow people to take pictures inside the Munster Mansion replica, but trust me – they went all out!

They even have a fire-breathing creature under the main staircase. Some rooms, such as the bathroom, were never shown in the series, so they were able to wing it in those sections.

Who are the Munsters?

For those who don’t know, The Munsters is an American TV sitcom from the mid-1960′s with a really catchy theme song. The show followed the antics of a quirky-but-harmless monster family.

While the father was Frankenstein-esque, the grandfather and the mother were vampiric. Meanwhile, the son was a bit of a vampire/werewolf blend.  This, in contrast, made the Munster’s pretty blond niece into their family misfit.

While Sandra and Charles McKee have clearly put a lot of effort into their Munster Mansion recreation, it is not meant to be a year-round tourist attraction or museum.

For them, it is simply a fun project!

Even so, the house draws so much attention that since 2002, Sandra and Charles McKee have sponsored a two-day Munster Mansion Open House in October with all proceeds going to local charities, such as the Ellis County SPCA, the Salvation Army, and the Waxahachie Senior Citizen Center.

Since the annual open house attracts so many visitors and parking is limited out in the countryside where the Munster Mansion is,  the McKee’s use a shuttle bus to ferry visitors back and forth.

When you go, be prepared to wait in line for up to 2 hours before getting a tour of the inside! It’s a good idea for family members to take turns waiting in line, while the rest of the crew enjoys all the fun and games on the front lawn, including a Munster Koach replica, snacks for sale, carnival style entertainment, and more!

Celebrity Guests at the Munster Mansion in Texas

Besides all the hard work the couple puts into setting up this open house, the McKee’s always try to have at least one actor from the original show attend the party.[Update: 2016 will be the *last* time Pat Priest will attend this event!]

In 2012, Butch Patrick (who played Eddie Munster) showed up to greet the crowd and tour the mansion. In 2013, Pat Priest (who played Marilyn Munster) pulled up in a limousine, signed autographs, and chatted with fans as you can see in the photo above.

How to visit the Munster Mansion in Texas

For more information, such as the exact dates of this year’s Munster Mansion Halloween Open House, as well as an excellent video interview with the Sandra and Charles McKee, check out the official Munster Mansion website:

Please note: While all the above information is accurate as of this writing, please be aware that it is subject to change.

FREE WEEKLY NEWSLETTER: For updates on my offbeat travels, books, music & other fun stuff (such as postcards from the road!) subscribe to my newsletter using the form below.  You can also mix & mingle with me by clicking this link & “liking” my Facebook Author Page:

Curious about my books & music?