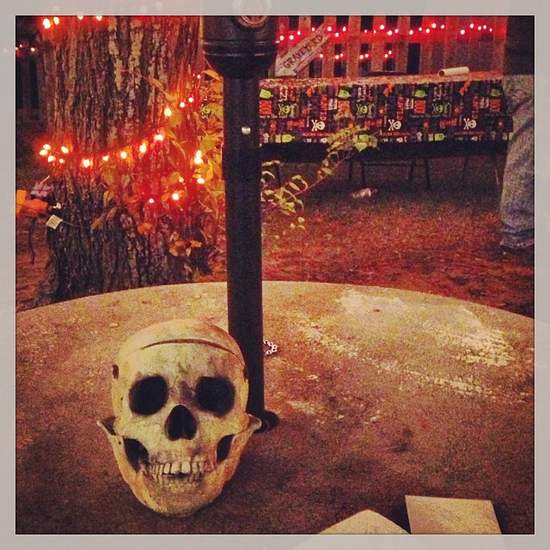 Welcome to the October 25, 2013 edition of true spooks – share your ghost story:

Patrick Keller presents Children who have spirit friends… posted at The Big Séance, saying, “This is one of several posts I’ve written as I read Andrea Perron’s anthology of the true events that the movie “The Conjuring” is based on, “House of Darkness House of Light”.”

Patrick Keller presents Why do we assume? | The Big Séance posted at The Big Séance, saying, “Inspired by my students at my school, paranormal TV, and my experiences with EVP and paranormal investigation. Twitter is @BigSeance”

Vadim Koystinen presents Spooky in style posted at BESTYLUS, saying, ““In Memory of the Late Mr. and Mrs. Comfort” is a photographic fable shot in 1995 for The New Yorker by uber photographic legend Richard Avedon.”

Patrick Keller presents My Rapper: Missing you, old friend | The Big Séance posted at The Big Séance, saying, “A look back at one of my more interesting paranormal research experiences. @BigSeance”

Lily presents Psychics News | Tarot Blog | Connecting with the Afterlife – Should You Talk to the Dead? | Kooma Magazine posted at Kooma Psychic Blog ~ Kooma Psychics News ~ Kooma Tarot News ~ Kooma Tarot Readings ~ Kooma Psychic Readings, saying, “There comes a point in many people’s lives when they think about a deceased friend or relative. It may be that they wish they had told them certain things before they died, or are left with unanswered questions themselves.”

I am going to share some of my experiences with you that I have had in the supernatural, in order to show you that God is the same today as He was when He walked the earth. This is a relationship, a relationship has encounters, and I want to encourage you to expect to have supernatural encounters with God daily.”

Patrick Keller presents Flies and Hauntings: You Can’t Really Kill What’s Already Dead | The Big Séance posted at The Big Séance, saying, “Another article inspired by my reading of Andrea Perron’s “House of Darkness House of Light”, which is the true story and events that the movie “The Conjuring” is based off of. @BigSeance”

That concludes this edition. Submit your blog article to the next edition of true spooks – share your ghost story using our carnival submission form. Past posts and future hosts can be found on our blog carnival index page.