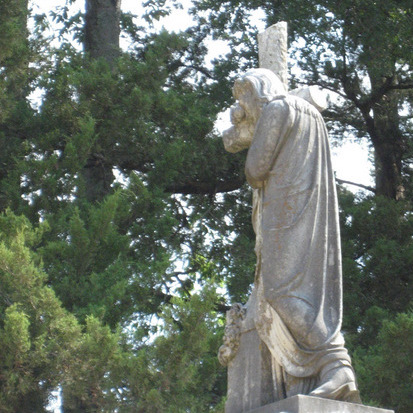 The following is an adapted excerpt from my Amazon Best Seller: Unexpected Texas. Enjoy! The north Texas town of Paris is home to a quirky statue known locally as the “Jesus in cowboy boots.”

This statue is actually the 20-foot grave marker honoring a man named Willet Babcock, who died in 1888. While impressive, it would hardly be the quirky tourist attraction that it has become were it not for the unusual footwear worn by the cross-bearing figure it depicts; instead of the bare feet or sandals one often associates with Biblical folk, this one wears cowboy boots.

While I am also puzzled by the direction the Babcock monument faces, I do know that inverted torches are a Christian symbol. I’ve seen that motif in other historical cemeteries such as Kensal Green: A Historic Victorian Graveyard in London and subsequently researched the symbolism.

What Do Upside Down Torches Mean on a Grave?

So, what is the significance of upside down torches on a headstone? You know how a candle will go out if you hold it upside down? An inverted torch symbolizes the idea that one’s life is like a flame, and that even when this flame is extinguished by death, one’s soul continues to burn in the afterlife. 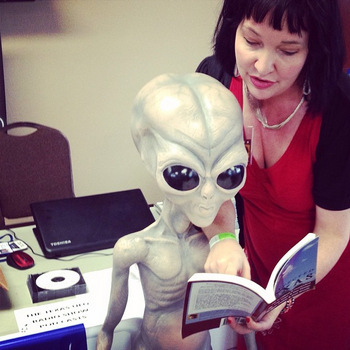