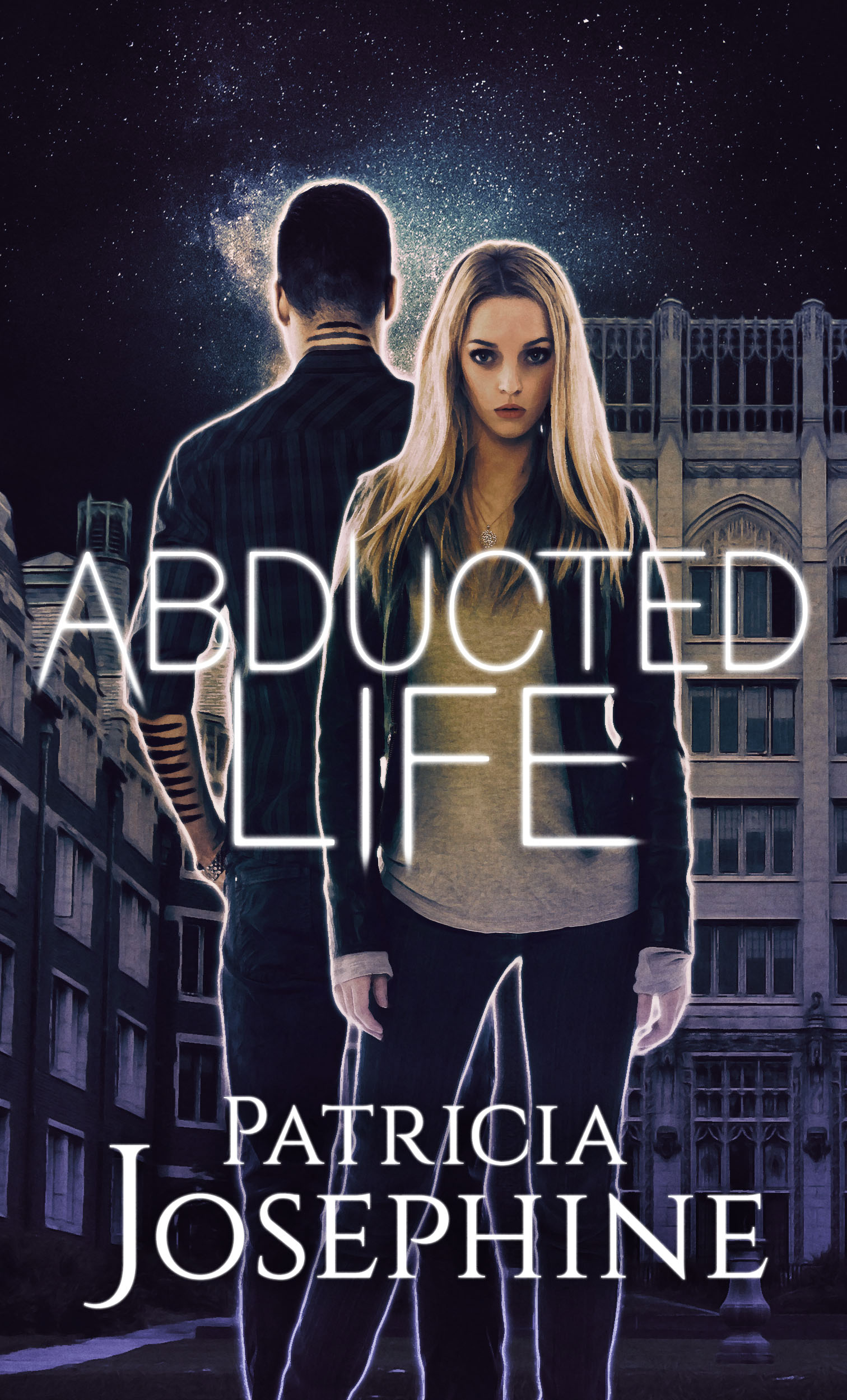 Whoo hoo! My pal, Patricia, has a brand new book coming out! I had the pleasure of beta-reading Abducted Life and I’ve gotta say: It’s a real page turner that will keep you guessing until the end! So, without further ado, let’s reveal that cover as advertised. Check it out below:

Abducted Life by Patricia Josephine: Savannah Janowitz’s perfect life was destroyed the night she and her boyfriend vanished without a trace. When she reappears a year later––alone––she’s a shell of her former self. Robbed of her popularity and her boyfriend, she has no memory of what happened to her. Savannah struggles to move forward as strange, new abilities manifest.

Evan Sullivan never gave extra-terrestrials much thought until the night he and Savannah were abducted. While Savannah’s memory was wiped clean, he remembers every horrific detail. Constantly reminded of the experiments that made him less than human, Evan hides in the shadows and watches Savannah rebuild her life without him.

But neither can let the other go. When their paths cross, Savannah and Evan finally see a glimmer of their old lives return. As they face what happened to them, they soon discover they aren’t safe. There’s more to fear than what’s hiding in the stars.

When Patricia Josephine isn’t writing, she is watching Doctor Who or reading about serial killers. It is her dream to one day have what resembles a petting zoo. She is also an avid knitter. One can never have too much yarn! She also writes young adult under the name Patricia Lynne.
Links:
Book on Goodreads
Website: PatriciaLynne.com
Twitter: @plynne_writes
Google+: Patricia Lynne
Patricia’s YouTube Channel