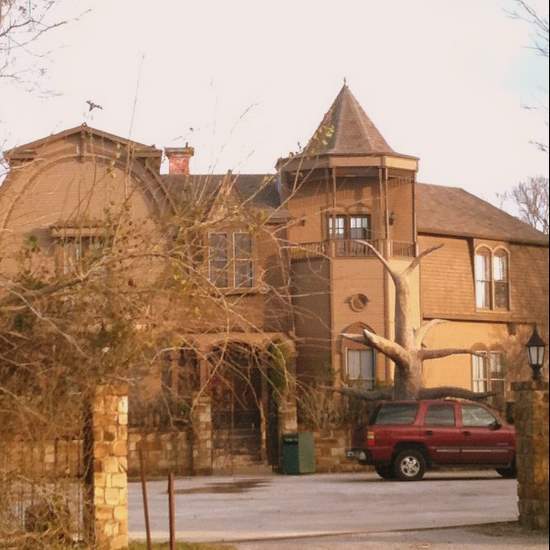 A to Z Texas: M is for the Munster Mansion

While there is no official address for, “1313 Mockingbird Lane,” in Waxahachie, Texas, there is one fantastic looking replica of the Munster family home where, in 2001, Sandra and Charles McKee built a replica of the house depicted in the classic TV sitcom.

Since it’s a fictional house, the pair watched and re-watched all 70 episodes of the show in order to create their building plans. They even have a fire-breathing creature under the main staircase. Some rooms, such as the bathroom, were never shown in the series, so they were able to wing it in those sections.

Who are the Munsters?

For those who don’t know, The Munsters is an American TV sitcom from the mid-1960’s with a really catchy theme song. The show followed the antics of a quirky-but-harmless monster family. While the father was Frankenstein-esque, the grandfather, the mother and the son were all vampiric in looks. This, in contrast, made the pretty blond daughter into the family misfit. (I really can’t do it justice here, so for more about the TV show, check out the official Munster Mansion website)

While Sandra and Charles McKee have clearly put a lot of effort into their Munster Mansion recreation, it is not meant to be a year-round tourist attraction. For them, it is simply a fun project. Lots of people, after all, have a theme for decorating their house. The McKee’s decorating theme is just a little more theatrical than most.

Even so, since 2002, the Sandra and Charles McKee have sponsored a two-day Munster Mansion Open House in October with all proceeds going to local charities, such as the Ellis County SPCA and the Salvation Army. A shuttle bus is used to ferry visitors back and forth, since the Munster Mansion is out in the country.

Besides all the hard work the couple puts into setting up this open house, the McKee’s always try to have at least one actor from the original show attend the party. In 2012, for instance, Butch Patrick (who played Eddie Munster) showed up to greet the crowd, sign a few autographs and toured the mansion.

For more information, such as the exact dates of this year’s Munster Mansion Halloween Open House as well as an excellent video interview with the Sandra and Charles McKee check out the official Munster Mansion website.

This was my post for the letter M of the A to Z blogging challenge. Tune in Monday to see what quirky Texan thing the letter N will bring! As of this writing, I’m actually kinda stuck on the letter N, so even I am not sure what topic I will write about. If you have a suggestion, please let me know.