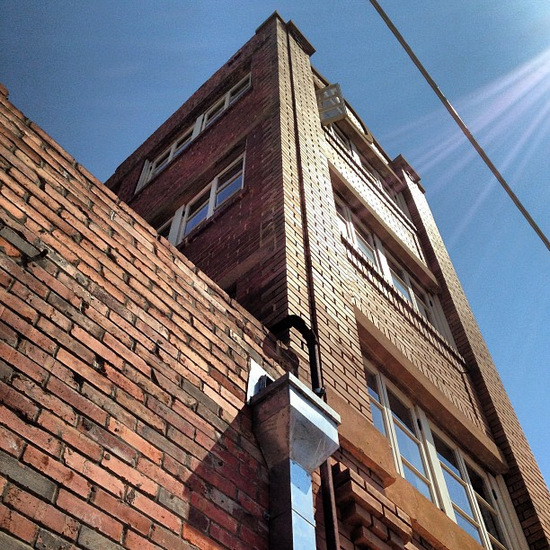 Here’s the story behind this quirky structure and how it got its nickname:

J.D. McMahon was an engineer and oilman from Philadelphia who breezed into Wichita Falls with blueprints to build a high-rise building in the downtown area. McMahon must have been a good talker, because it didn’t take him long to raise $200,000 (a fortune for that time) from local investors.

The Difference Between Feet & Inches
At a glance, it appeared that the finished building would stand 48 stories high, and McMahon never said otherwise. Unfortunately for the investors, none of them noticed that McMahon’s beautifully detailed blueprints indicated that the building would stand 480 inches tall, not 480 feet tall, as they all assumed.

Angry investors sue… and lose!
Since McMahon constructed the building using his own crew, it took a while for investors to realize they had been duped. When they sued McMahon, however, the judge ruled in his favor. Why? Because McMahon had followed his plans to the letter and the investors had signed off on it every step of the way!

In the end, McMahon split town with a big chunk of cash, and the city was left with an embarrassing reminder for the importance of always reading the fine print.

For more tales like this, read Unexpected Texas
For more quirky tales, offbeat and overlooked travel destinations and day trip ideas for the Dallas – Fort Worth region, check out my Amazon Best Selling travel guide, Unexpected Texas, from which the above excerpt was adapted for this blog post.