This week’s Saturday Show & Tell is short and sweet thanks to a technical glitch. Turns out that items submitted through the blog carnival site got tossed to the ether and are now cavorting with Amelia Earhart, Jimmy Hoffa and all the socks that go MIA each year from my washer.

I usually get half a dozen really spammy submissions in addition to the sincere ones, but this week – nothing – which I found odd. Fortunately, Mad Kane sent an email to me directly asking if her submission had made it through. It hadn’t.

So, our first submission this week comes from Mad Kane, herself. It’s called Limerick Ode To a Vigorous Old Lady. Having won the Robert Benchley Society Award For Humor, Mad Kane continues to be widely published, both in print and online. According to her bio:

I live in New York City with my humor-inspiring husband Mark, who puts up with my writing song parodies during dinner, even though the poor guy thought he was marrying a nice Jewish lawyer.

Continuing in a lighthearted vein, my contribution this week is a post called, Armageddon Knock Knock Joke, in which I use humor to deflect a long-winded fellow who was trying to convert me to his religion on a sunny day when all I wanted to do was work in my garden.

Here’s a brief excerpt to whet your whistle:

As we sat in the shade sipping iced-tea, the man told me that the world was about to end, but if I worked it right, I could be one of the head honchos in the afterlife. The guy made it sound like I would be a post-apocalyptic manager of lost souls.

Follow this link to learn why I won’t be under-souled.

That wraps up this week’s edition of the Saturday Show & Tell blog carnival. See you next time! Speaking of…

Would you like to highlight one of your older blog posts on an upcoming Saturday Show & Tell? If so, send the link directly to me via tui [at] mentalmosaic.com. (I don’t want to risk using the blog carnival link until their site is working again.) If you have any questions, shoot me an email, or ask in a comment below.

Speaking of comments, if you enjoyed this week’s post, give us a shout out. If you didn’t, well, just remember what your mama told you about doing when you don’t have anything nice to say. 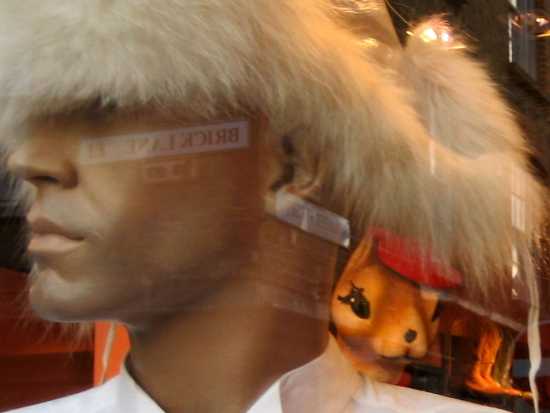 When I tell people I’m going to London, they inevitably rattle off a list of the top 10 tourist attractions – the Tower, Big Ben, London Eye – and ask which ones I’ll be seeing there. I always laugh and tell them I haven’t a clue. What people don’t realize is that for me, London means visiting my step-daughter. She’s the main dish, and everything else is gravy. (Actually, everything else is usually cheese or chocolate when we’re together!)

The bottom line is that I fly to London to see Naomi. Like any parent, I want to make sure that he is happy, healthy and getting the most out of her life. After that, I yearn for heart to heart conversations, belly laughs and simply enjoying her companionship. She’s one of those people I can have fun doing nothing in particular with. You don’t live on a tiny island with someone for 5 years without learning how to entertain yourself (but that’s another story.) 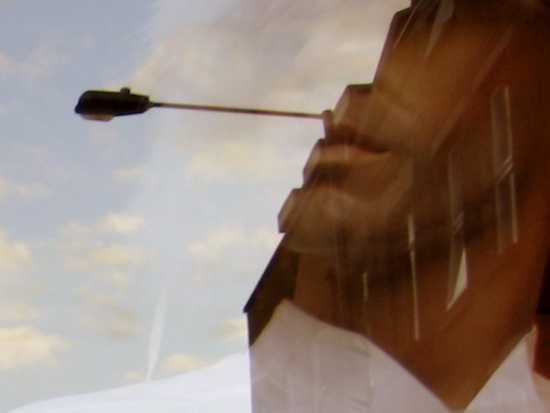 Naomi and her husband always ask if there’s anything in particular I’d like to see in London, and while I’d love to do all sorts of touristy stuff, I tend to go blank when they say this. As I mentioned in a previous post, we usually have a picnic in Richmond Park when I’m there. (Tasty meals are always on the agenda when I visit them.)

This time, aside from fox sightings, excellent cheese and trousered turkeys, we went window-shopping (or window-licking, as they say in France) through Bricklane. Naomi shares my goofy sensibilities and love of the absurd, so the sight of this chipmunk wearing a beret stopped both of us in our tracks. We both whipped out our cameras and started snapping away. I haven’t seen her photos yet, but I’m sure they came out great. She’s quite an accomplished photographer.

I recently bought a Fodor’s guide to London, however, as well as Frommer’s, Irreverent Guide to London,so the next time I visit my son-in-law and Naomi, I will be prepared!