What with getting married in the spring and finally unpacking stuff I’ve been carting from one storage unit to another, it’s been a nesty year for me.

Much of this nesting involved discarding clutter, so a few weeks ago, when my husband asked what I wanted for Christmas, I couldn’t think of a thing. Likewise for him. I think we both muttered something along the lines of, “not needing more stuff to clutter up the place.”

That night, however, while doing dishes, a mental image barged in on my daydreams: it was an upright piano. Yeah, right, I thought, money’s tight, and pianos aren’t cheap. Put that in the ‘someday’ file.

And with that, I blew off the idea.

A couple hours later, I returned to the kitchen for tea. While waiting for the water to boil, that piano image popped into my head again. This time, I indulged the idea a little. I imagined how much homier this place would feel with a piano, and I let myself feel how much I’ve missed living with one.

Wouldn’t it be great to find a decent piano nearby for around $300? I mused. I don’t know why I thought of $300. The number just popped into my head and sounded reasonable – although unlikely.

Back upstairs, just as I noticed a piano in the background of a scene in the movie we were watching, my husband casually asked, “Do you ever miss playing the piano?”

On impulse, I hopped onto Craiglist and did a search for pianos. Lo and behold, I discovered a beautiful upright grand piano for sale just a few miles down the road for us with the asking price of – you guessed it – $300!

It was love at first sight!

So, fasting forward a little bit, that’s how Santa met synchronicity this year, because we decided to make that piano our mutual Christmas gift. 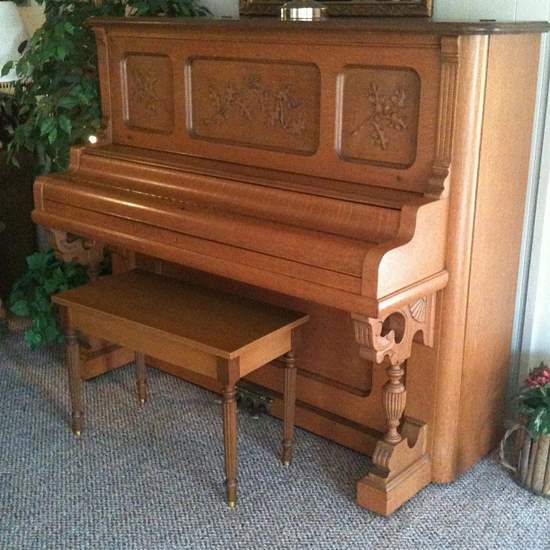 First, Jaemie Gyurik, passed along a prompt from Krissie for #Resound11:

What was the best gift you gave yourself this year? Did you buy big, fluffy towels? Did you have a massage on a day when you really needed it? Did you forgive someone and give yourself the freedom from that grudge?

The next prompt to catch my eye came from Hope Wallace Garney :

What was your favourite gift given and/or received in 2011? Who was the recipient, who was the giver? What was it for (an event, holiday or just because)? Was the gift tangible or something else (i.e. support in a hard situation or laughter when it was most needed)?

I find Hope’s mixed media journals super inspiring. Check out December Daily #Rerverb11 Hybrid Journal Day 6 to see what she created in response to this prompt.

Even so, it wasn’t until I saw the following prompt from Paula Puffer that I knew what direction to take with today’s post:

synchronicity (ˌsɪnkrəˈnɪsɪtɪ) — n
an apparently meaningful coincidence in time of two or more similar or identical events that are causally unrelated.

Did you experience any synchronicity this year? Tell us about it? Where did it lead you?

#Reverb11, #Resound11 and #Relish11 are just a few names for a fun end of the year project that mindful bloggers all over the world are participating in. Each day in December, folks choose a prompt from one of several lists, then use that as a launchpad to express themselves on their blog. The prompts are especially geared towards reflecting back on 2011 and paving the way towards a better 2012.

Everyone is welcome to join in. If you don’t have a blog, respond to the prompts offline through journaling, painting or whatever direction your inspiration takes you!