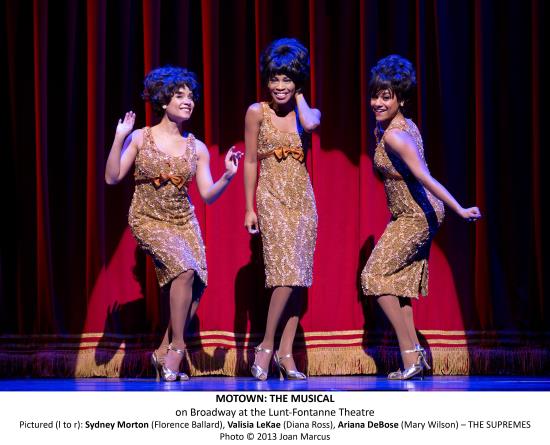 There was no second guessing needed to tell if the Dallas, Texas audience enjoyed Motown the Musical. From the moment the curtain lifted, people were clapping, whooping, and dancing in their seats.

Based on a 1994 autobiography by Motown founder, Berry Gordy, this jukebox musical is chock full of toe-tapping nostalgia. With everything from “Baby Love” and “My Girl,” to “Brick House” and “Super Freak,” Motown the Musical packs in well over 50 major hits from the past 50 years.

The show includes all the songs you remember, plus a few you may have forgotten. As my husband remarked afterwards, “I didn’t realize I was such a Motown fan.” 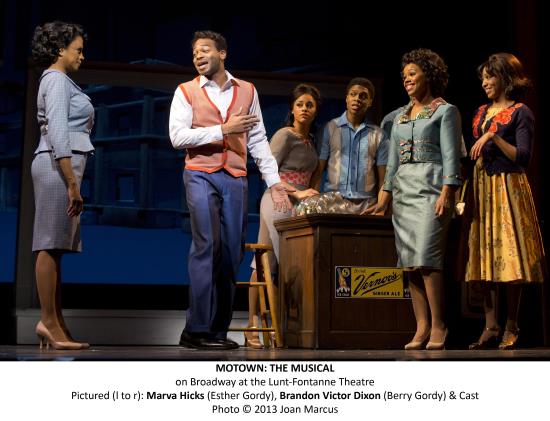 While I learned a lot about Motown and certainly gained respect and admiration for Berry Gordy’s impressive accomplishments, Motown the Musical offers more of a Cliffs Notes version of events than an actual story.

The show is fast-paced and plenty of things happen, but not in a way that connects the audience to the story. Even big events in history (i.e. the assassinations of JFK and Dr. King) serve more as a contextual backdrop than an emotional framework, and the actors, while talented, play caricatures rather than fully realized characters.

During intermission I realized that unlike other jukebox musicals I’ve reviewed, such as Jersey Boys and Green Day’s American Idiot, when it comes to Motown the Musical, what matters is the viewer’s personal connection to each song; the storyline is beside the point. For instance, while waiting in line, I overheard a man tell his grandson that every time he hears “Dancing in the Streets” it takes him back to when the Detroit Tigers won the World Series in 1968 and he and his friends were literally dancing in the streets to celebrate.

As I looked around at the mostly Baby Boomer audience, I realized these Motown hits truly were the soundtrack for the audience member’s own lives, and that the deeply personal connection this created to the music is what matters in this case.

In other words, what Berry Gordy lacks in writing an emotional story, he definitely makes up for with a crowd-pleasing set list!

At the performance I attended, 14-year-old San Antonio resident, Nathaniel Cullors , knocked it out of the park as a young Berry Gordy, Stevie Wonder, and Michael Jackson. Here’s a video of him performing a medley on YouTube via an interview with the Dallas Morning News:

Motown the Musical is now playing at the Winspear Opera House in Dallas, Texas as part of the AT&T Performing Arts Broadway Lexus Series and runs through August 16th. Catch it while you can!