Rather than describe all the silly stick people in today’s photo essay, I decided to let them speak for themselves. Keeping with the letter I theme, however, I’m posting an interview with indie author Anthony St. Clair in which all the questions begin with the letter I.

Anthony will also be the guest at #StoryDam chat on Twitter tonight at 8pm EST. I hope you will join us for a fun chat about writing, travel, and beer brewing. Oh – he is also giving a copy of his eBook, Home Sweet Road, so maybe you’ll get lucky!

Who is Anthony St. Clair?

As you can see from Anthony St. Clair’s official bio, he’s an interesting fellow. (And I am definitely going to ask him what the heck a “hairy coo” is at #StoryDam chat tonight!) 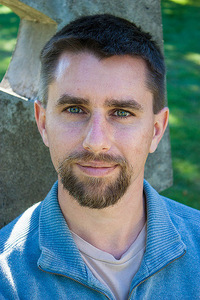 Globetrotter, homebrewer and writer Anthony St. Clair has walked with hairy coos in the Scottish Highlands, choked on seafood in Australia, and watched the full moon rise over Mt. Everest in Tibet. Anthony’s travels have also taken him around the sights and beers of Thailand, Japan, India, Canada, Ireland, the USA, Cambodia, China and Nepal. He and his wife live in Oregon and gave their son a passport for his first birthday. His latest Rucksack Universe story, Home Sweet Road, is available now. Learn more at www.anthonystclair.com.

The things I’ve learned and the people I’ve met through indie travel are what inspired and continue to inspire the Rucksack Universe. Indie travel—living abroad, traveling independently, meeting locals, getting out and about based on one’s own decisions—has taught me that the world is so much bigger than what I know and who I am. But it’s also taught me that I have a role in the world, a purpose, and so does everybody else.

We don’t always know yet what that purpose is. We just know that something in us burns to do something we haven’t done yet.

My role is to inspire people to find their purpose and live it. I say that my job is to live the world and to inspire others to live the world in the way that brings them joy and love, in spite of everything. I was inspired to travel because if I didn’t travel, I knew I’d look back and regret it, just as I knew if I didn’t write my stories, I’d look back and regret it. I want other people to live their dreams too, be it writing, travel, learning to cook a souffle, whatever.

If the Rucksack Universe helps anyone find the courage and grit to do what excites them, but that they haven’t done yet, then every word I write is worthwhile.

2. Ireland: What compelled you to set Home Sweet Road in Ireland?

I lived in Ireland for a few months back in 2000, and I spent some fine days in Clifden. The hostel where I stayed was located a wee bit away from the city center. My first full day in the city, the proprietor drew me a map about “the eighth wonder of the world, Clifden” (and in Home Sweet Road, the hostel is called The Eighth Wonder of the World).

Years later, when I realized I had a story that needed to be set in Ireland, I drew hard on my time there, from the hostel to the Irish breakfasts to the pubs. I wanted to have a story where a young woman in a difficult yet important role has to earn her spurs, learn to trust, and be able to adapt and make good when she makes mistakes. That character, Aisling, has traveled extensively, but she returns to Ireland to accept a role as a protector, or Awen, of the world. Now she’s getting tested in that role for the first time, and if she fails the world is pretty much screwed.

Ireland is also integral to one of my main characters, Faddah Rucksack. He barely cameos in this particular story, but he’s the world’s only Himalayan-Irish sage, and ultimately everything happening in the Rucksack Universe right now is part of Rucksack’s very, very long life and story. Much of what shapes the Rucksack Universe happens as a result of him, and especially as a result of events in Ireland, such as a cataclysm called The Blast, which serves as the point at which the world of the Rucksack Universe changed from the world we know. Home Sweet Road tells us a little more about some of these things, but the series is still a long ways away from getting to the heart of them.

There are other parts of Ireland that work in too. The Salt & Crane pub name is both a nod to Clifden being close to the sea, and to The Crane Bar in Galway, where I spent many an evening enjoying Guinness, good company, and the Irish music sessions.

3. Independent: What advice do you have for other indie authors?

Discard the myth of the solo writer. Embrace building a team, a community, of people who can help you get your work and your career to the place you want them.

Indie authors have to embrace the reality that they are businesspeople as well as artists. That can be difficult for creatives to accept, but it’s also a liberating thing to understand. The composer Ludwig van Beethoven was also a savvy businessman who knew his ability to compose depended on him protecting his work and ensuring that he was making money. That’s all the more true today: indies have unparalleled opportunity to bring stories to market, unmatched access to resources and talent, and an unwavering responsibility to do their best with every story released.

For my career and my Rucksack Universe series, I rely so much on other people. I have a Chief Reader and a team of Beta Readers who dutifully read and give feedback on my books while I’m drafting them. I have a wonderful cover designer (also one of my Beta Readers) who brings a skillset to my author brand that I could never do on my own. And, I work with a freelance copy editor who fixes all the things I miss, makes sure I’m writing to Chicago style, and who calls me out when some sentence or passage doesn’t make sense.

I plan to be flexible, and being flexible helps me plan.

When prepping for a trip, I love using maps, guidebooks, the Internet, you name it, to help me decide what to do and where to go. In 2013, my wife and I spent 3 weeks in Japan with our son, who was then 15 months old. We did a fair bit of planning, but we never stick too tightly to a plan if it isn’t right for the day or if someone we meet has a better idea of what we should do that day.

For example, we couchsurfed with a family in Kyoto. One night, spur of the moment, they took us out to an amazing yakitori dinner: grilled meats, fresh spring vegetables, cold beer, you name it. It was one of the top dinners of my life. If we’d planned too much in advance, we might not have had that experience.

5. Imbibing: Considering your beer-laden tales, what can you tell us about how this relates to your creative process?

As the old saying goes, “write what you know”! As a homebrewer and craft beer writer, beer is a passion—all the easier in a state like Oregon, where Eugene (my home) alone has 11 breweries. But what really makes beer so important in my stories is that if beer didn’t exist, travelers would have to invent it.

Everywhere I’ve traveled so far, there’s nothing like a cold one (or warm one, depending on the country) to bring people together. Beer is important in my stories because it’s a common beverage in many societies, and especially among backpackers. Pretty much every country has some sort of beer culture. From my own past, many of my favorite times involve a malty beverage or two or, well, it gets a bit blurry after that. I’m a cheap date.

The main beer in the Rucksack Universe is Galway Pradesh Stout, or GPS. It has nothing whatsoever in common with Guinness. (No, really. Ahem.) GPS is the most popular, most widely drunk beer in the world, even in hot countries like India. It’s a common element throughout the stories too. One of my plans—and I recently did a test batch—is to develop a homebrew recipe for GPS that I can make available to fellow homebrewers.

On the flip side, I know that one of the myths of the writer is that we’re a bunch of drunks who can’t align the heavenly language on the page unless we’re three sheets to the wind. Personally, I think that’s nonsense. When you get down to it, coffee is my working drink, and I probably drink more coffee than beer—then again, I typically write early in the morning, so coffee is a far more constructive choice for getting through the day. Besides, if I’m having a beer, I’m usually not writing. I’m unwinding and having a good time with my wife or our friends.

Good stuff, eh? I love how Anthony uses beer to separate his off-work self from his working self. For more about Anthony St. Clair, his books, his travel philosophy, and a chance to win a copy of his most recent release, drop by #StoryDam chat on Twitter tonight (4/10/2014) at 8pm EST.

I’ve gone from turning up my nose at the idea of cell phone pictures, to being an avid iPhone photographer, which is why my theme for the 2014 A to Z blog challenge is Instagram Travel Photos. If you are on Instagram, I’d be delighted to follow you. Simply follow my photo feed (@TuiSnider) on Instagram and I’ll follow you back!

For more, check out my collaboration with Morgan Dragonwillow. Morgan used my iPhone photos to accompany her poems in a book called Wild Woman Waking. Check it out!

My A to Z Inspired Book: Unexpected Texas

I’d like to thank everyone who commented on my blog during the A to Z Challenge last year, because it convinced me to take the self-publishing plunge. On March 2, 2014, I released Unexpected Texas as a paperback and eBook and it quickly became an Amazon Best Seller!

Check out other A to Z blogs below:

Check out the other participants of the A to Z Challenge