Tomorrow I’m heading to Possum Kingdom as Tex’s official helper. I’m not sure what this will entail. Maybe some painting, or just general gophering. In any case, it’s a road trip – yeah! 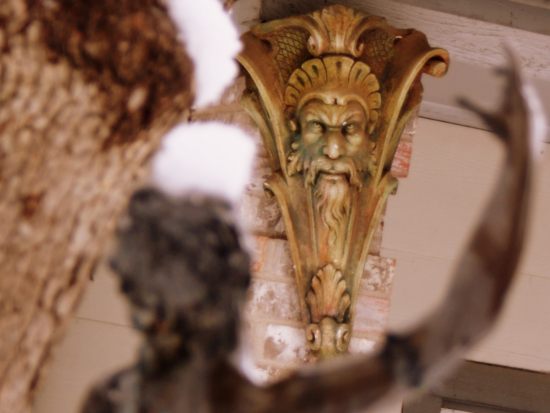 No one seems to know how the place got its name. To me, Possum Kingdom conjures up a Beatrix Potter scenario with a regal possum wearing a crown and robe whilst sitting upon a throne made out of an old cedar stump. So that’s exactly what I’m expecting, talking possums who live like medieval kings and queens in quaint, yet lavish, oak forest castles.

Tomorrow will also be my first big outing with the DSLR Tex and I got for Christmas. Every time I pick it up, I still feel both excited and uneasy, like someone just handed me a newborn and I might drop it. Once in hand, however, I am reluctant to put it down or let anyone else (poor Tex!) have a turn. Since the new camera brings out my inner OCD Hobbit so acutely, we’ve taken to calling it The Precious. 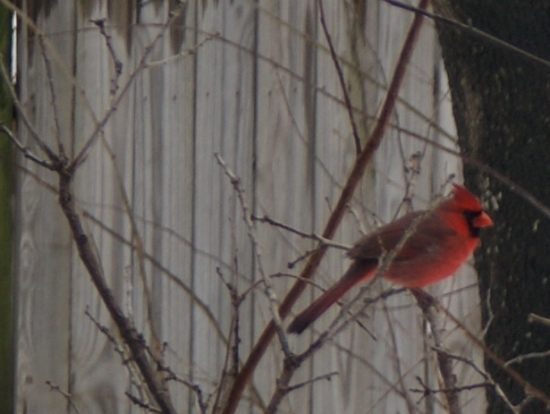 My bird feeding station has become very popular with local avians. At least a dozen different species swing by every day. After such an uncharacteristically cold winter, I feel even better about having the suet and seed out. I also hope it encourages them to nest in our yard.

There’s a cardinal pair that comes by every day. Since I have a penchant for naming creatures that I see on a daily basis, I call him Monsieur Richelieu and her Betty. I didn’t realize that the males sing so well. One afternoon he and I had a call and response session, since the tune he was riffing on right then was pretty easy to whistle.

Later, I worried that he might have thought I was another male (albeit an odd sounding one) but it turns out that, unlike most bird species in which the male does all the singing, male and female cardinals actually like to sing together. No – not like those cheesy male/female ballads with Meatball crooning and mopping his sweaty brow, that’s not what I want you to envision right now at all!