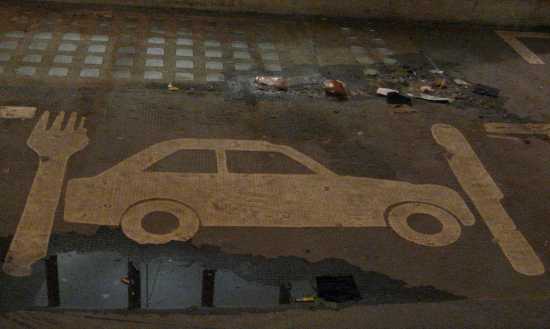 I love to jump around, move, and gesticulate. When I’m in a good mood, I kinda dance around the house, whether there is music on or not. It may look odd, but just because *you* can’t hear the tunes in my head, doesn’t mean they aren’t worth grooving to! It just feels good. That’s one thing I really miss about Italy and Spain, people don’t mind if you wave your hands around when you talk.

Why do we love to move our bodies so much? Even at the cellular level, heart cells sync their rhythms. I wonder if there is a culture that doesn’t have some form of dance. Last year, I saw some Cuban Folkloric dancing and noticed that their dances were very chicken-like. If you’ve ever had chickens, you know what I mean. The choreographer took stuff straight out of the rooster playbook. I wonder how many dance moves originally came from humans imitating animals? Personally, I’d like to be able to dance like a squirrel. I like how they slink along so slowly, then suddenly leap like Barishnikov.

A while ago, I saw a video on A2eatwrite’s blog that showed a bunch of hospital employees dancing in pink gloves (it’s a breast cancer awareness video.) At the time, I commented on her post that:

“There’s something touching about seeing people bust a move while going about their daily lives. It reminds me of how, after I’d seen a musical as a kid, I secretly wished that people would do that in real life, that they would just drop everything and dance from time to time, just for the sheer joy of living.”

Take, for instance, the guerilla version of The Sound of Music in a Belgian train station, or this infamous video in which a couple’s entire wedding party dances down the aisle. And check out this chick who dances with her dog. Looks like fun.

Lastly, here’s a literal version of The Safety Dance which I’m including because it popped up when I searched for these other videos, and it really cracked me up. The guy does a great impersonation of the original vocalist, too.

As for today’s photo, it’s one of a series of tongue in cheek parking spots I saw in London. And on that note, I’m gonna dance on out of here!