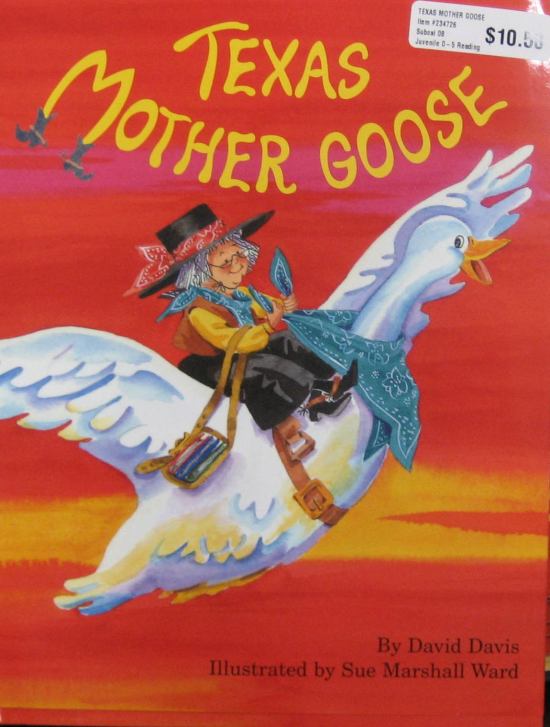 I expected a lot of nationalism when I moved to Texas, y’know, plenty of flags a-waving, and those culturally myopic “God Bless America” bumper stickers, as though the supreme universal deity cares only for my country. (Hey, I love America, too, but if God plays favorites, I’m gonna tell his mom.) Anyway, patriotism, I understand.

What I did not expect was the Tex-centricness of this particular state. In retrospect, the amount of Texas-shaped things I saw within moments of getting off the plane should have clued me in. On the way to baggage claim, I saw everything from belt buckles, cookies, tattoos, gold pendants, even a dachsund – no, not a Texan-shaped dachsund – but one wearing a sweater with a Texan star proudly stitched on the side.

So the other day at Sam’s Club, I came across these Tex-Centric books and laughed. Wait, no, I guffawed (it sounds more Texan to guffaw, doesn’t it?) At any rate, I knew that I must quickly snap some pix to share with those of you who – gasp – live elsewhere.

First off, we have the “Texan Mother Goose,” which features such tales as “Mary Had a White-Faced Calf,” and “There Was an Old Cowgirl Who Lived in a Boot.” 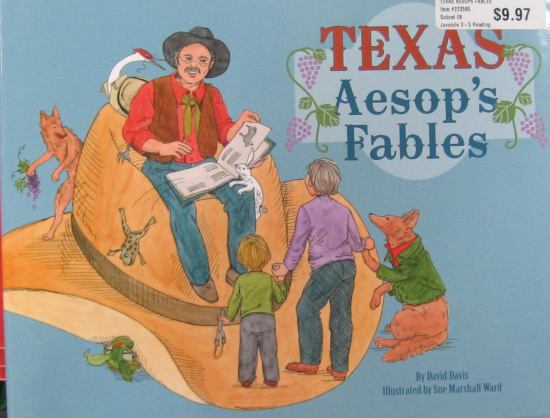 Next, I saw the “Texas Aesop’s Fables,” which features such stories as “The Cowpoke Who Fooled His Friends.” 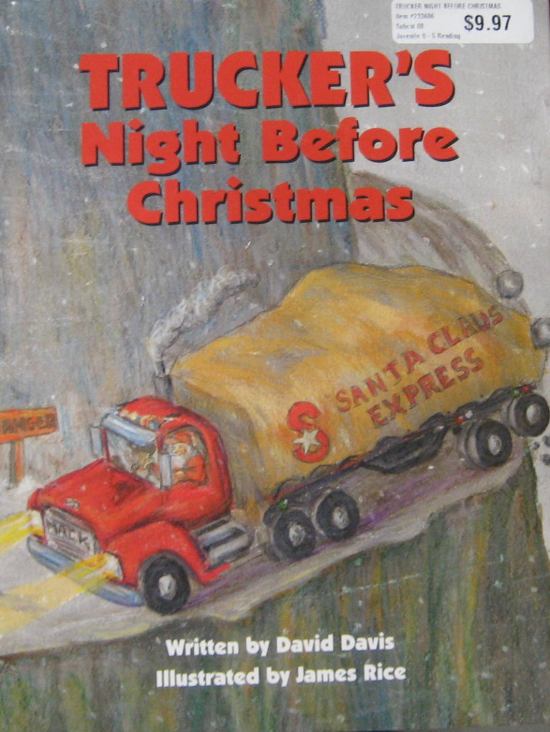 Next, we have the “Trucker’s Night Before Christmas,” which is written by the same guy who did the Texan Aesop’s fables, so while not all truckers are Texan, there is surely a connection. 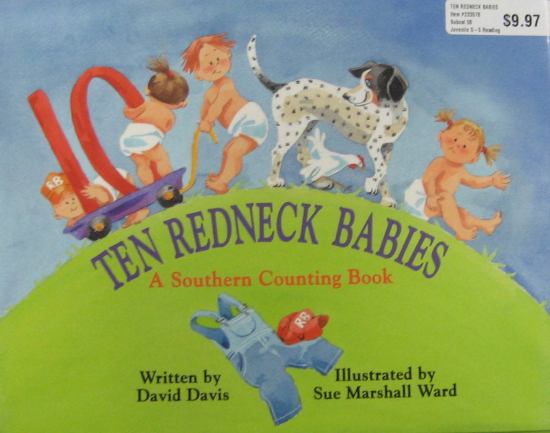 Lastly, I came across this little gem, called “Ten Redneck Babies.” What might this be? Why, it’s a a book to teach younguns how to count. Stuff like: “5 redneck babies chomped watermelon. One made tracks – where to? No tellin’!”

Seems that there’s a lot to being Texan. I have much to learn. Wonder where the Texas books for adults are? Hmmm…